The History of Abraham’s Family – (WMSCOG)

(Luke 16:19-24) “There was a rich man who was dressed in purple and fine linen and lived in luxury every day. At his gate was laid a beggar named Lazarus, covered with sores and longing to eat what fell from the rich man’s table. Even the dogs came and licked his sores. “The time came when the beggar died and the angels carried him to Abraham’s side. The rich man also died and was buried. In hell, where he was in torment, he looked up and saw Abraham far away, with Lazarus by his side. So he called to him, ‘Father Abraham, have pity on me and send Lazarus to dip the tip of his finger in water and cool my tongue, because I am in agony in this fire.’

Through Jesus’ parable, we can see it has been written that the beggar Lazarus was carried to ‘Abraham’s side’ instead of ‘God’s side’ (Ecclesiastes 12:7). The rich man also called ‘Father Abraham’ while he was in torment in hell. This means, Abraham is certainly the character that represents ‘God the Father’ because it is only God who can be called as “Father.” We can realize the history of Abraham’s family does not simply end as a history of a person’s family but actually represents the history of God’s family. In Galatians 3:29 it says, “If you belong to Christ, then you are Abraham’s seed, and heirs according to the promise,” which means just as how Abraham’s heir received his estate “according to the promise,” we also can receive God’s estate; the kingdom of heaven, “according to the promise.” Then, who became Abraham’s heir? There were three candidates in the history of Abraham’s family. The first candidate was Eliezer, the second was Ishmael and the third was Isaac.

(Genesis 15:2) But Abram said, “O Sovereign LORD, what can you give me since I remain childless and the one who will inherit my estate is Eliezer of Damascus?”

Since Abraham was childless he wanted his servant Eliezer of Damascus to inherit his estate but God said to him, “this man will not be your heir, but a son coming from your own body will be your heir” (Genesis 15:4).

(Genesis 16:15-16) So Hagar bore Abram a son, and Abram gave the name Ishmael to the son she had borne. Abram was eighty-six years old when Hagar bore him Ishmael.

Since Sarah could not bear any child she gave her maidservant Hagar to Abraham and Hagar bore him Ishmael.

(Genesis 17:18) And Abraham said to God, “If only Ishmael might live under your blessing!” Then God said, “Yes, but your wife Sarah will bear you a son, and you will call him Isaac. I will establish my covenant with him as an everlasting covenant for his descendants after him.

Even though God told Abraham that “a son coming from your own body will be your heir,” Ishmael could not become his heir. Why was Ishmael insufficient as Abraham’s heir? Israel followed the primogeniture; which means, the firstborn son was given the birthright. If an heir was chosen according to the paternal line, Ishmael; who was 14 years older than Isaac had to receive Abraham’s estate. Nevertheless, God said “No.” And as a result, we can conclude that the one who could receive Abraham’s estate had to be born of the free woman Sarah. Meaning, only the one who is born of the free woman; Mother, could receive the estate “according to the promise.” This history of Abraham’s family teaches us who can receive the kingdom of heaven in the future.

(Galatians 4:26) But the Jerusalem that is above is free, and she is our mother.

(Galatians 4:28) Now you, brothers, like Isaac, are children of promise.

Faith to Ahnsahnghong and Heavenly Mother (God the Mother)

God the Mother is the Bride giving us the water of life - Christ Ahnsahnghong (WMSCOG)
Heavenly Mother (God the Mother)? Who is She?

Heavenly Mother (God the Mother)? Who is She? 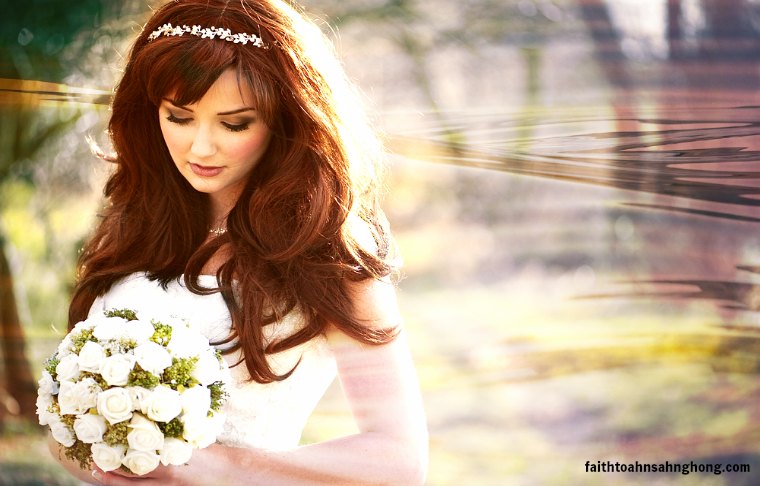