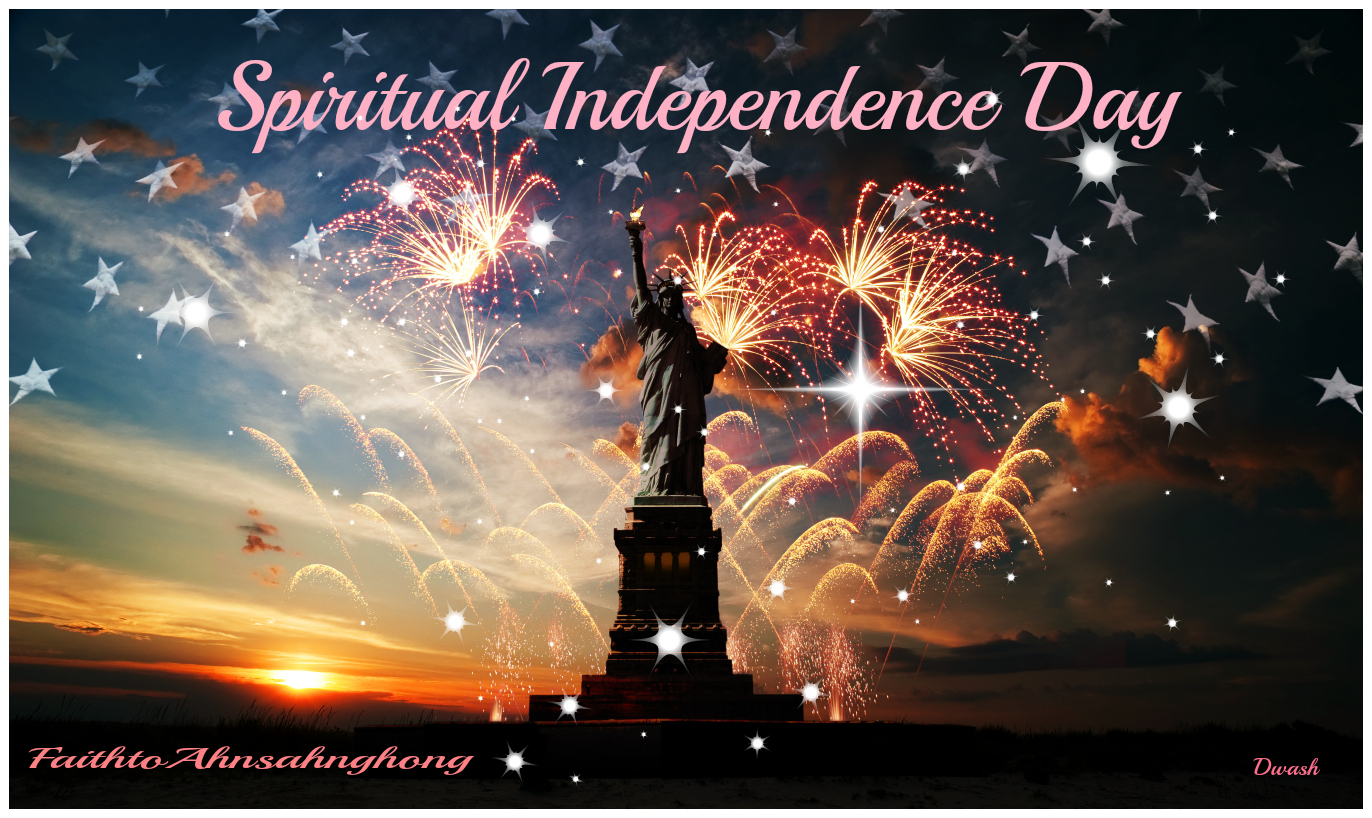 Independence Day (USA), Gwangbokjeol (Korea),  Yom Ha’atzmaut (Israel), indicate the day a nation declares itself a sovereign state. Although the names may be different the meaning behind each country’s independence day is hard work, sacrifice and love.

America’s Independence Day came about as colonists in the Thirteen American Colonies refused to submit to the British monarchy which led to the American Revolution. The final approval from Congress on the Declaration of Independence occurred on July 4th, 1776 and this day became known as Independence Day.

America’s Independence Day is a national holiday and celebrated with fireworks, parades, barbecues, carnivals, fairs, picnics, concerts, games, family reunions and inspiring speeches. It is a joyous celebration and the whole nation partakes in this meaningful day. Gwangbokjeol is Korea’s Independence Day and in Korean and it literally means, Restoration of Light Day.  It is a day to commemorate Korea’s liberation from Japanese oppression and colonial rule. Through the sacrifice and the unconditional patriotic spirit of the Independence movement fighters, Korea was able to proclaim freedom from the persecution and abuse that was unjustly brought upon them. Although Korea became independent in 1945, Korea’s independent government wasn’t established until three years later. So Korea delayed declaring independence until August 15th, 1948.

In Korea, Gwangbokjeol is a public holiday and there are many activities and events that take place which includes a ceremony at the Independence Hall of Korea in Cheonan which the President attends. Gwangbokjeol is also a day giving hope to prisoners in jail as the government issues special pardons on this day. Families will celebrate at home or with outdoor barbecues and enjoy delicious food together with fun activities for everyone. Yom Ha’atzmaut is Israel’s Independence Day and it is a national day of Israel. In A.D. 70 Jerusalem was destroyed by the Roman Empire. 1.1 million Jews were killed and 97,000 Jews were taken captive. The people of Israel were without a sovereign nation for almost 2000 years however, through the Zionism movement, God performed a miracle and on May 14th, 1948 Prime Minister David Ben-Gurion declared the establishment of the State of Israel. Israel’s independence was hailed a miracle by the media and broadcast stations of all countries throughout the world. This was an unprecedented, an unheard event which had never happened before in world history. According to the Bible, the fig tree, which had once been cut down, started to sprout.

In Israel, Yom Ha’atzmaut is celebrated with an official event taking place in Jerusalem, the capital city and broadcast on live television. The ceremony includes artistic performances, outdoor performances in cities’ squares and fireworks. Streets are closed off to vehicles so that people can sing and dance in the streets. Families will celebrate with picnics and barbecues. 2000 years ago, God the Father came down in the flesh and declared a spiritual independence movement which allowed all peoples to go back to the eternal kingdom of heaven. Jesus established the New Covenant Passover through which we are able to break free from the chains of sin and receive eternal life. This great festival was abolished during the dark ages and in order to restore the spiritual independence, God the Holy Spirit, the Second Coming Christ came down to this lowly earth and re-established the New Covenant Passover thus freeing sinners from the oppression of sin and death and allowing all of us to receive eternal life in this last age. The One who sacrificed His life and endured hardship even to the point of death is our Heavenly Father, Christ Ahnsahnghong. And even now our Heavenly Mother, New Jerusalem (God the Mother) is walking the path of sacrifice to ensure we enter the 5th dimension.

The New Covenant Passover is celebrated on the first month, fourteenth day of the sacred calendar. Although it is the day when our Heavenly Parents, God the Father, Christ Ahnsahnghong and God the Mother, New Jerusalem, sacrifice Themselves for us, it is a day of joy, delight and jubilance for the children; for it is the day when we are able to participate in the spiritual independence movement to bring our spiritual country, the eternal kingdom of heaven, that much closer.

Let us give all thanks, glory and praise to Christ Ahnsahnghong and God the Mother for bringing us into the World Mission Society Church of God (WMSCOG) and for allowing us to keep the New Covenant Passover. Let the spiritual revolution begin! What Words Did You Speak Today?
Volunteer Work from the Heart 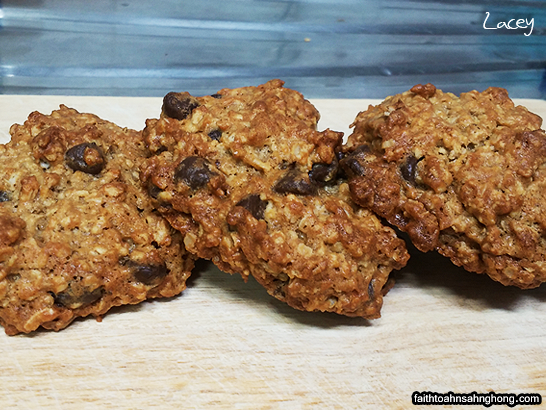 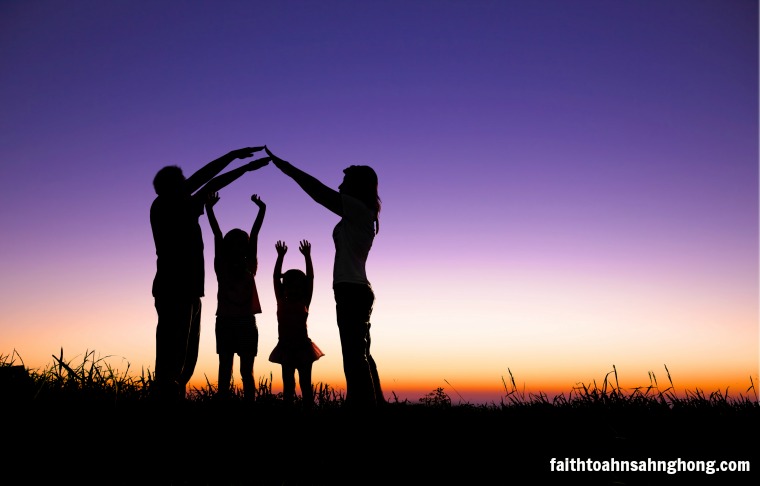 With the filial love toward God Elohim

faithtoahnsahnghong August 30, 2016
All the little Things 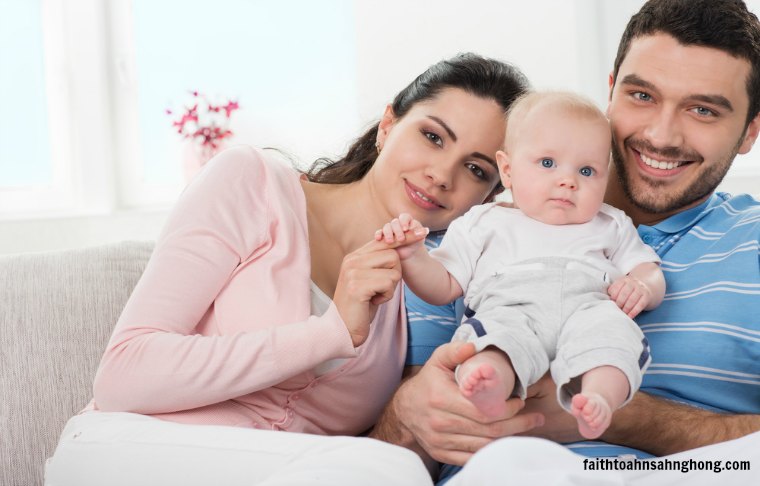