When will the Second Coming Christ come? Ahnsahnghong? (WMSCOG)

When will the Second Coming Christ come? – Prophecy about Christ Ahnsahnghong (WMSCOG)

If I told you that Jesus had already come again with a New Name, walked this earth, preached the word of God, which is the new covenant, again like He did at His first coming, what would you say? Would you say I deserved a white jacket with restraints? Would you label me a cult? Would you persecute me like the early saints were for preaching that the man, Jesus Christ was God? What if it was prophesied in the Bible that Jesus would appear a second time (Heb 9:28) and that His second coming had already happened? We need to know the time of Christ’s second coming in order to receive Him and receive salvation. There is only one church that teaches that Christ has come a second time according to the prophecies in the Bible and that church is the World Mission Society Church of God (WMSCOG).

The prophecies taught at WMSCOG are not only amazing and fantastic but they clearly show that Christ Ahnsahnghong is the Second Coming Christ who was baptized in 1948 and started preaching the gospel of the new covenant. In order for us to know about the time of the second coming Christ, we need to know about the ‘Fig Tree Prophecy.’ Through the lesson of the fig tree that Jesus made known that He would appear a second time in 1948, when Israel – represented as the fig tree – gained independence.

On the Mount of Olives, Jesus was sitting there with His disciples when they asked him about the signs of His second coming. Jesus said,

Mt 24:32-33 Now learn this lesson from the fig tree: As soon as its twigs get tender and its leaves come out, you know that summer is near. Even so, when you see all these things, you know that it is near, right at the door.

Jesus said “As soon as its (the fig tree’s) twigs get tender and its leaves come out, you know that it is near,” we must know the time when leaves start to come out on this fig tree to know when we have to receive the Second Coming Christ.

First things first. We have to know what the fig tree represents.

Lk 13:6 For three years now I’ve been coming to look for fruit on this fig tree and haven’t found any. Cut it down!

Right here we have to ask the question, what did Jesus want us to know about looking for fruit on a fig tree for three years mean? None other than, Jesus looking for believers when He preached the new covenant gospel to the Jewish people in Israel for three years. The fig tree represents the country of Israel. In Jeremiah 24:5 God shows us that good figs are the Jewish people (exiles from Judah). If figs are the Israeli people then the fig tree is Israel.

The Fig Tree is cursed (teachings of WMSCOG)

As Jesus and His disciples were walking they saw a fig tree in leaf. However since the fig tree had no fruit Jesus cursed the fig tree.

Mk 11:12-14 Seeing in the distance a fig tree in leaf, …he [Jesus] found nothing but leaves, because it was not the season for figs. Then he said to the tree, “May no one ever eat fruit from you again.”

Even humans know the season when a fig tree will bear fruit. Then how much more would Jesus, who is the Creator of all things? Can we say that Jesus didn’t know when the season of figs would be? Of course He knew! So then it begs the question, what did Jesus really want to show us through the cursed fig tree? Jesus wanted to show the destruction of Israel.

Lk 21: 20-21 When you see Jerusalem being surrounded by armies, you will know that its desolation is near. Then let those who are in Judea flee to the mountains, …let those in the country not enter the city.

In 68 A.D. the city of Jerusalem was surrounded by General Vespasianus, a Roman general, and his armies. Although attack on Jerusalem was imminent Vespasianus immediately withdrew and headed back to Rome to calm down a riot following the suicide of Roman Emperor Nero. It was at this time that the Jews became divided into two groups ” those who would stay in Jerusalem, and those who fled to the neighboring city of Pella. Most of the Jews thought they had defeated the Roman armies through the power of God and decided to remain in Jerusalem, whereas those who believed in Jesus absolutely believed the prophecy of Jesus, left the city and headed to Pella.

The Fall of Israel

After Vespanianus was enthroned, he sent his son, Titus, to Jerusalem in 70 A.D. and the city of Jerusalem was laid waste. Ultimately, those who believed in Jesus and listened to His words were saved, but those who refused to believe His prophecy were totally destroyed. 1.1 million people were killed, and ninety seven thousand captured. This all happened to fulfill the prophecy of the fig tree. The fig tree, which Jesus cursed, withered away in 70 A.D. The Israeli people were without a country for approximately 1900 years.

The Independence of Israel: The Fig Tree Revives

God prophesied that the revival of the fig tree was the sign of Jesus’ second coming.

These verses show that Israel will be restored after the times of the Gentiles has been fulfilled. In other words after other countries have ruled over the land of Israel (Jerusalem) as their own, God will take it from them and give it back to the Israeli people.

Although we think of Israel’s independence as something that happened, something that could happen, if you carefully think about it, this was nothing less than a miracle of God. For example, the north-east part of China actually belonged to Korea some 2000 years ago, would it be possible for Korea to say to China to return that piece of land because 2000 years ago it was theirs? It is the same for Israel. Maybe if you rally to get your land back after a 100 years or so it might be somewhat plausible. But after 1900 years, would it possible for Israel to gain back their land that had been trampled on by the Gentiles? The Independence of Israel was not only the first time in history that a land which had been taken away was given back after such a long period of time, it was the only time this had happened. Then what was the reason God returned Israel to the Israeli people?

Just as prophesied the revival of the fig tree, the independence of Israel was the sign of Jesus’ second coming.

Mt 24:26-33 At that time the sign of the Son of Man will appear in the sky, …They will see the Son of Man coming on the clouds of the sky, …Now learn this lesson from the fig tree: As soon as its twigs get tender and its leaves come out, … you know that it is near, right at the door.

After 1900 years the fig tree -that had been cursed and withered – its twigs became tender and its leaves started to come out; Israel gained independence.  In 1948, the Second Coming Christ was baptized at the age of 30 and began to preach the gospel of the new covenant. He is Christ Ahnsahnghong the Second Coming Jesus and He is near, right at the door.

Come to the World Mission Society Church of God (WMSCOG) and study more about why Christ Ahnsahnghong and Heavenly Mother are God in this last age.

There are too many false Christs in this world! Why is the Korean man "Ahnsahnghong" the Christ?
The Tree of Life - Christ Ahnsahnghong restored for our salvation (WMSCOG) 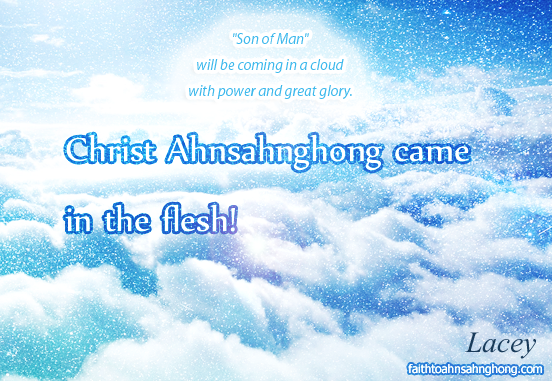 There are too many false Christs in this world! Why is the Korean man “Ahnsahnghong” the Christ? 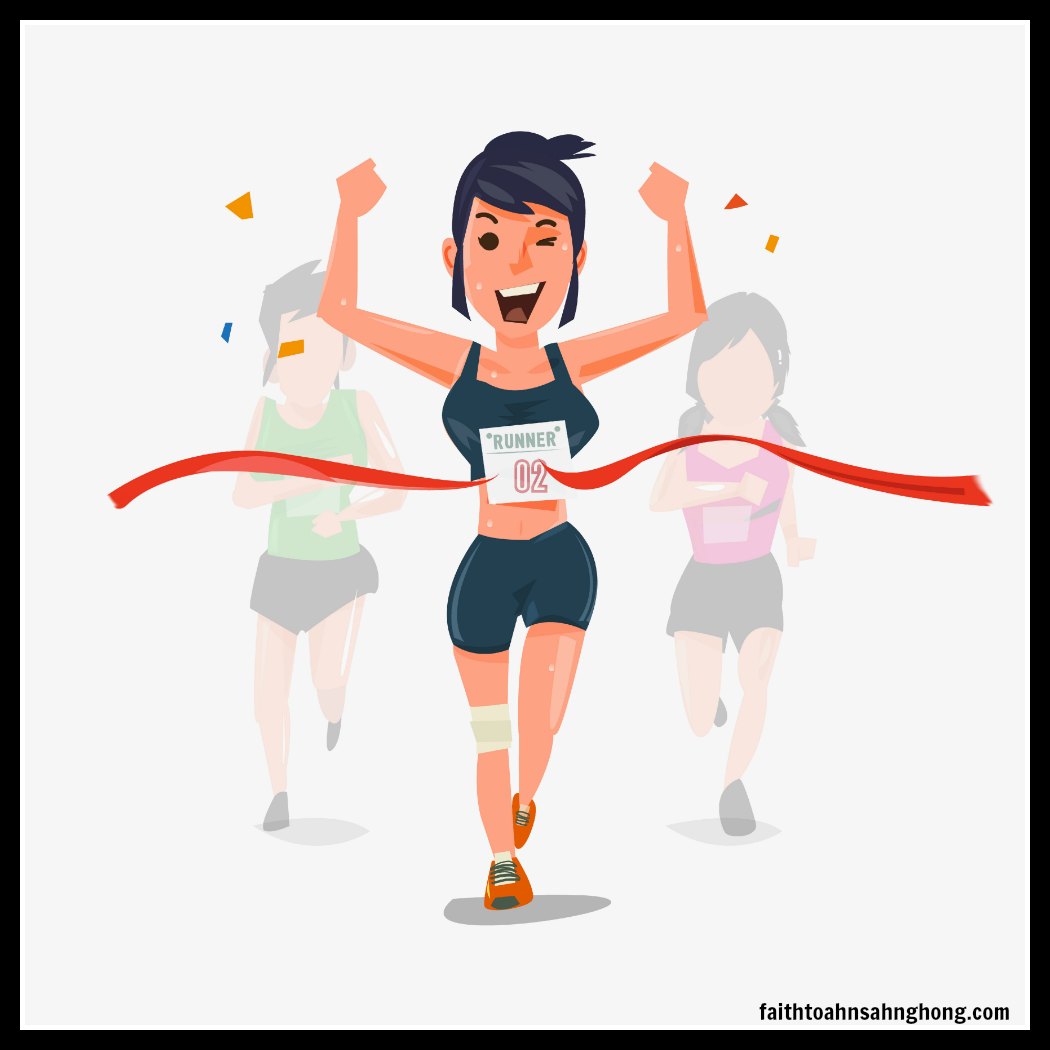 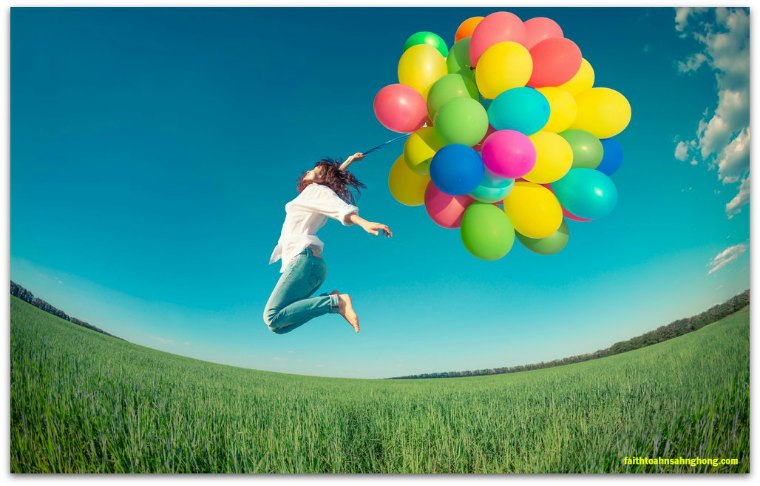 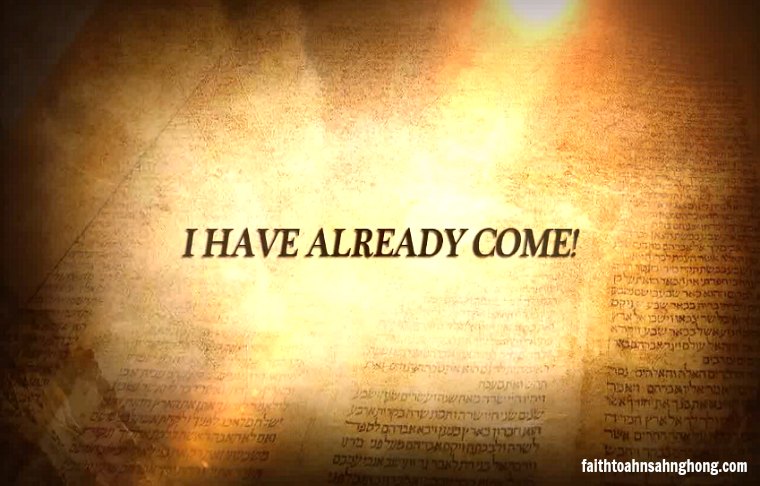 Who is Christ Ahnsahnghong (Ahn Sahng-Hong)?