Last weekend I went to the cinema in the downtown area with my husband. He’s a nurse at the general hospital but these days he’s got a lot of stress so I just wanted to relieve his stress in anyway. There were several choices we could think of to do but among the many things, we decided to watch the movie, “Whiplash”. My husband and I love Jazz music, especially smooth Jazz or fusion Jazz and both of us thought it was a good choice. The movie, “Whiplash” is actually talking about two main characters – Andrew and Fletcher and the main plot is about how the relationship between the instructor and a Jazz student has discorded and improved through many internal hardships and conflicts.

A vicious jazz student named, Andrew played by Miles Teller, who by the way did a great job playing the part in the movie. His drum playing was awesome and fantastic enough to trick me into thinking that he was the actual person- the 19 year old University student, Andrew. More interestingly, Mr. Fletcher played by J. K Simmons was depicted as a hot-tempered and very much unpredictable teacher and truly he was the worst tyrant in the movie without a doubt. He showed everything about the climax of his madness.

Ever since he joined the music band conducted by Fletcher, Andrew wanted to be the greatest in the school. Of course Fletcher stimulated the competitive spirits of Andrew using his fellow students, but Andrew himself never gave up practicing the drum enduring his severely bleeding hands. He did not even mind breaking up with his lovely girlfriend. What made me so emotional and deeply impressed was when Andrew suddenly had a car accident on his way to the concert. Blood was everywhere and he was in a serious condition where he couldn’t play the drums but he ended up going on stage. Not only his conductor and members but all audiences were surprised and he eventually started to play “Whiplash” with passion and successfully adorned stage- it was very breathtaking one of the greatest ending scenes ever for me.

Miles Teller is an actor but he had already learned how to play the drum since he was young and for this movie, he practiced intensively for it and successfully made it real enough to captivate the audience. As a big fan of Jazz music and the drums, I loved every part of this movie. It was very entertaining in that it pleased our ears with wonderful music pieces through the whole movie. Even though it did not have a dynamic plot line, I was very impressed by how hard Andrew tried to achieve his goal in the film.

Believe it or not, there are many things and choices we easily give up in our daily lives. We try to make so many plans to accomplish our certain goals but we lose patience and passion and naturally start to rationalize the failures to perform successfully. While walking in the right path toward the kingdom of heaven, Christ Ahnsahnghong and Heavenly Mother (God the Mother) have already prepared a place for us to get abundant blessings everywhere. However, we easily get tempted by the power of Satan without getting rid of earthly greed, which ultimately could lead us to give up on having the heavenly hope to get salvation and enter the kingdom of heaven.

“Here is the patience of the saints: here are they that keep the commandments of God, and the faith of Jesus.” (Rev. 14:12)

We, the children of God the Father and Heavenly Mother (God the Mother) are in the faith of keeping the New Covenant in this last age and in order to keep it until the end without fail, there is one virtue we should firmly hold onto – patience. As Jesus already set many examples for us to follow by overcoming hardships and pains against the power of Satan, we should definitely keep patience and have spiritual hope that makes us stand even stronger in the name of Father Ahnsahnghong and God the Mother in this last age.

Just like I felt overwhelmed when the drummer, Andrew finally achieved his goal after much strenuous effort in the film, Christ Ahnsahnghong and Heavenly Mother (WMSCOG) will feel pleased and moved when all the brothers and sisters around the world overcome adversity while living on earth and finally meet up all together in heaven where there is no sorrow, pain or mourning.

What is Important in this Last Age?
What is The Secret in The Last Supper?

Until I realized God the Mother with my heart 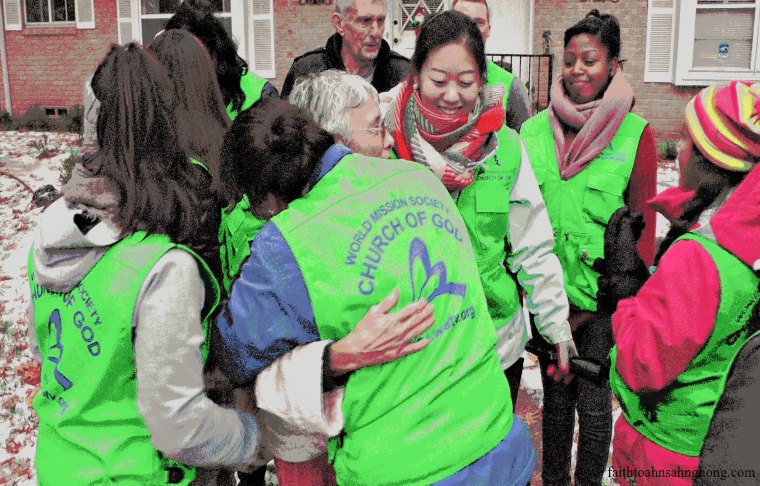